Working in collaboration with artist-in-residence Andrew Tims, children from Year 4 produced photomontages based on the British Value – Individual Liberty.  Using a range of imagery, including photographs of the young artists, the children created ‘scenes’ that they felt encapsulated the term.

Throughout the creative process the children were able to discuss the meaning of ‘individual liberty’ and below are three examples.

“I can make choices, what I eat for lunch and what I wear”

The seven artworks, produced in small groups, include birds and butterflies being released into the air, illustrating the children’s interpretation of Individual Liberty being about ‘freedom’ and ‘human rights’ in Britain. 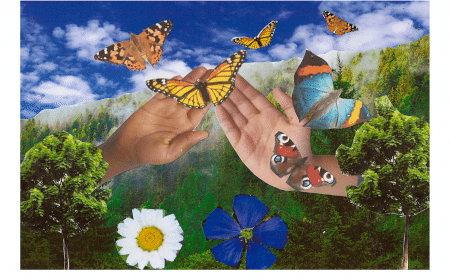 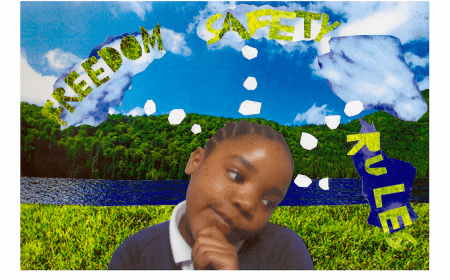