Working in collaboration with artist-in-residence Andrew Tims, children from Year 5 produced photomontages based on the British Value – Democracy.  Using a range of imagery, including photographs of the young artists, the children created ‘scenes’ that they felt encapsulated the term ‘democracy’.

Throughout the creative process the children were able to discuss the meaning of democracy and below are three examples.

“If we didn’t have democracy then it wouldn’t be fair.  If one person stands up and says ‘I want to be prime minister’ then it’s their choice and not the country’s”

“When we are voting for school council everyone should vote, not just one person”

“Every single citizen has a voice”

The nine artworks, produced in small groups, depict the varying ways in which we as a country vote, and why this decision-making process is important throughout Britain. 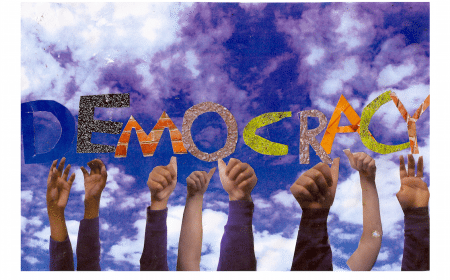 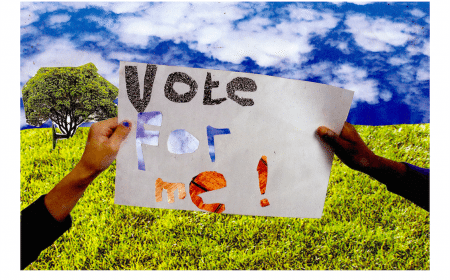